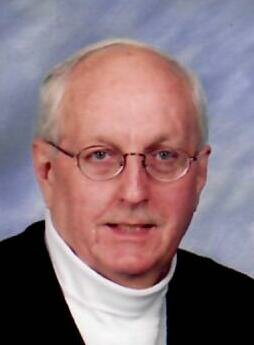 Born on December 21, 1938 in Troy, NY, he was the son of the late John “Sha” & Bessie Weaver. Tom was predeceased by his wife of 51 years, Barbara A. (Nedoroscik) Weaver. She was the love of his life, and he was her faithful companion and caretaker during a decade long heroic battle with Alzheimer’s Disease. Any suggestion to the contrary of home care for Barbara was not in Tom’s vocabulary. He simply did not want to hear of it. For the last seven years, it was rare for him to miss a daily 6AM graveside visit. He died of a broken heart, but now they are reunited, undoubtedly having Spanish Rice for dinner and Barbara’s famous banana bread for dessert.

Tom was also recently predeceased by his brother Richard. His passing on Easter Sunday took its toll on Tom because that 5AM phone call from Dickie every single day was suddenly missing from his life. They shared a bed growing up and the arrangement worked out quite well: Dickie was going out as Tommie went to bed and when Tommie got up for work, Dickie arrived home.

A 1956 graduate of LaSalle Institute, Tom entered military service in the U.S Army. No stranger to a hard work ethic, he logged twelve hour days on the Freihofer’s delivery truck at the age of 14 on weekends and during the summer months for $6/day. He often reminisced about caddying for his Uncle Frank at the Troy Country Club and learning from his infinite wisdom. That role indirectly earned him 54 holes of free golf on “Caddy Mondays!” He was recently voted twice as “Golfer of the Day” in his family’s tournament for his chipping prowess.

Early in his career, Tom was a mechanic specializing in Volkswagen engines, actually building his own VW bus from various parts. He loved stopping by Len’s Garage in Cohoes on Saturday mornings years later in order to keep his hand in the industry as he decided upon a job change.

Tom faithfully served the people of New York State in the Offices of Taxation & Finance, Thruway Authority, and Mental Hygiene, Health & Retardation for 40 years, retiring as a Senior Computer Operator. He always simultaneously held part-time positions such as custodial work at Maria College and lastly as the Sexton for the former United Fourth Presbyterian Church in Albany. Here, he meticulously cleaned the Lord’s house of worship and annex with utter perfection. His latest passion was returning to NYS Tax & Finance, where he met his bride, to assist during tax season. An early riser, Tom never used an alarm clock, and expected everyone else to be awake. Your charge was to keep up with him, very few could. His unique penmanship was unmistakable. He never wanted any fanfare and rather led by example.

In his spare time, Tom played the lottery every day at the Sirajco Food Mart, completed numerous Jumble puzzle books, and cheered or jeered his favorite golfer Jordan Spieth. He was a Boston Red Sox fan, which was difficult to endure in a house full of Yankee loyalists. Tom thoroughly enjoyed lasagna dinners from Testo’s Restaurant or a Dom’s Pizza with the crispy crust, and nothing could beat relaxing with a refreshing Stewart’s coffee shake.

A Mass of Christian Burial will be celebrated on Saturday, July 16th at 10:00 AM at The Church of the Holy Trinity, 122 Vliet Boulevard, Cohoes.

The Mass of Christian Burial will be livestreamed by joining the following Zoom Meeting link:

Relatives and friends are invited to visit with the family on Friday, July 15th from 4-7 p.m. at the Dufresne Funeral Home, Inc., 216 Columbia Street, Cohoes.

The Calling Hours will be livestreamed by joining the following Zoom Meeting link:

Interment with Military Honors will be in St. Mary’s Cemetery, Troy.

The Interment with Military Honors will be livestreamed by joining the following Zoom Meeting link:

In lieu of flowers, donations to the Alzheimer’s Association of Northeastern NY, 1003 Loudon Road, Cohoes, NY 12047, would be sincerely appreciated while noting “Barbara’s Saints.” http://act.alz.org/site/TR?fr_id=15764&pg=personal&px=2978328

Funeral arrangements have been entrusted by the family to the Morris-Stebbins-Miner & Sanvidge Funeral Home.

Please feel free to view the Memorial Video or to express your on-line Condolences by using those tabs on this page.

To send flowers to the family or plant a tree in memory of Thomas Weaver, please visit Tribute Store
Friday
15
July

Share Your Memory of
Thomas
Upload Your Memory View All Memories
Be the first to upload a memory!
Share A Memory
Send Flowers
Plant a Tree