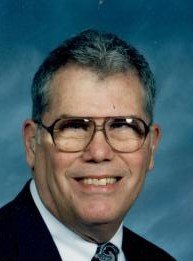 Gary Allen DiLallo — a teacher, education advocate and longtime member of the Shenendehowa Board of Education — passed away early Saturday as a result of complications of cancer. He was 78.

The son of Chester and Clementine DiLallo, Gary grew up in Schenectady and graduated Linton High School. He played football at McNeese State University in Louisiana, earning degrees there and at Louisiana State University before returning to Upstate New York.

Gary devoted most of his adult life to the education of others, both inside and outside of the classroom. He taught social studies and computer technology for 28 years to middle- and high-school students in Mechanicville. He coached football, track and swimming in addition to serving as a water safety supervisor at State Park facilities during the summer. Gary was also an active member of New York State United Teachers and served five years as president of the Mechanicville Teachers Association.

After retiring from teaching, Gary turned his attention to school administration in the Shenendehowa district, where he had lived for many years. He was elected to the school board in 2001, served two years as its president and won a seventh term in 2019. In nearly two decades, he helped oversee the construction of a new elementary school as well as the expansion of the high school — including the addition of a swimming pool. Through the New York State School Boards Association, Gary actively lobbied to modify and improve state and federal education regulations. The organization honored Gary as its Advocate of the Year in 2011.

Throughout his adult life, Gary was a stalwart member of the Jonesville United Methodist Church. He served nine years as a trustee of the congregation and sang for more than two decades in the chancel choir. He became a certified lay minister, which led to assignments as an interim minister in Ballston Spa and as pastor of the Edinburg United Methodist Church near Great Sacandaga Lake.

Nothing gave Gary more joy than his own family and the home they built in Clifton Park. He coached and supported his childrens’ many sports teams, and was actively engaged in their Girl Scout and Boy Scout troops. Gary’s dedication to each of his children was unquestionable, and his frequent visits were always eagerly anticipated. Gary considered one of his greatest achievements to be his childrens’ happiness and many successes.

Gary was as beloved by his community, as he was by his family. He was revered by many, including former students, colleagues, those he coached, his neighbors and his fellow church members.

In recent years he traveled around the world with his wife, Carol Millard DiLallo. Gary’s love of history, paired with Carol’s passion for learning, led to trips to Austria, Italy, Israel, Germany, Norway, England, Australia, Hawaii, Alaska, and many other prominent U.S. cities. Their mutual love for education, the church and community was a common thread throughout their marriage.

Gary was predeceased by his parents. In addition to Carol, Gary is survived by his brother, Dr. Chester A. DiLallo Jr. of Laurel, Md. He is also survived by two sons — Kenneth P. DiLallo of Dunedin, Florida and Andrew P. DiLallo of Sydney, Australia — his daughter Christine M. DiLallo and her husband, David Huftalen Jr., of Cumberland, Rhode Island as well as three grandchildren — Madison Rose DiLallo, David Huftalen III, Harrison Huftalen — and many beloved cousins, nieces and nephews.

In lieu of flowers, we are requesting donations be made to the Jonesville United Methodist Church or the Shriners Hospitals for Children in Gary’s honor.

Please use the tab on this website to offer Condolences.

Share Your Memory of
Gary
Upload Your Memory View All Memories
Be the first to upload a memory!