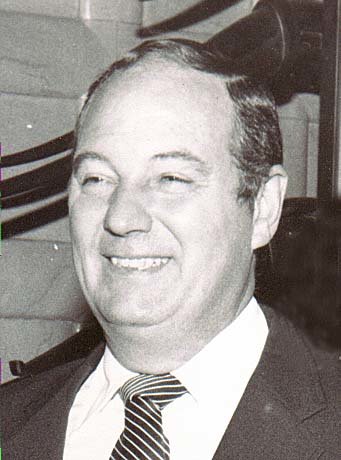 Born in Manhattan, New York, he was the son of the late Leon and Crystal Ernst Smetana and was a graduate of Catskill High School, Class of 1944 and had attended College of Southern Maryland for one year. He served in the U.S. Navy during World War II and was awarded the American Theater Medal, Asiatic-Pacific Medal and the Victory Medal

Mr. Smetana retired in 1970 after serving for 22 years as a NYS Trooper at Troop G, Troop K and at NYSP Headquarters. Ted was best known in the State Police for being a State Police SCUBA and the Division Diving Officer for a number of years. He was instrumental in modernizing the Division SCUBA diving teams in the 1960s.

Ted went on to serve in the NYS Senate for 36 years, retiring in 2010 as Deputy Sergeant-at-Arms, receiving a legislative resolution for his outstanding service.

He was a member of the American Legion Post #1450 in Halfmoon, New York State Troopers Association, NYSPBA and volunteered with the NYSP Academy in Albany and the NYSPBA and a communicant of St. Michaels Church in Cohoes.

He was the beloved husband for over 62 years to Wanda M. Pickulski Smetana who passed on December 9, 2018 and the devoted father of Christopher (Kristine) Smetana of Richmond, VA, Mark Smetana of Halfmoon, the late Susan Smetana and the late Cynthia Smetana, cherished grandfather of Alexander Smetana and Andrew Smetana, and Jessica Jones, also survived by one nephew and several great nieces and nephews.

Interment with NYSP and military honors will be held at the Gerald B.H. Solomon Saratoga National Cemetery in Schuylerville, New York will follow at 1:30 p.m. that afternoon also livestream at Zoom Meeting
https://us02web.zoom.us/j/88676971857?pwd=UHBWNVh5b1F2Q3h1VUVBbndsRFE4Zz09

Those attending must wear facial coverings, practice social distancing as well as adhere to capacity limitations both indoors and outside at the funeral home, Church and at the cemetery.

Please feel free to express on-line condolences and view Ted’s Video Memorial tribute by using the tabs on this website.

To send flowers to the family or plant a tree in memory of H. Smetana, please visit Tribute Store
Monday
11
January

INTERMENT WITH NYSP AND MILITARY HONORS

LIVESTREAM OF MASS OF CHRISTIAN BURIAL

Share Your Memory of
H.
Upload Your Memory View All Memories
Be the first to upload a memory!
Share A Memory
Send Flowers