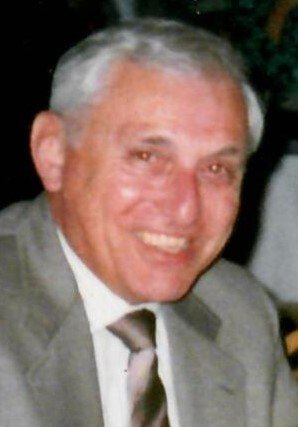 Born March 24, 1929 in Troy, NY, David attended the public schools of Troy, LaSalle Institute, and Catholic Central High School, as well as Siena College. David lost his father, a Cuban emigree, as a young child, but spent teenage summers with his extended family in Banes, Cuba, providing him with a lifetime of stories and cherished memories.

David met the love of his life, Joan Theresa Rawlins, in Troy in 1949. David and Joan were united in holy matrimony November, 11, 1950, and enjoyed a loving forty-three year adventure together before Joan's passing in 1993.

David worked as a public accountant from the early 1950s until 2009, and was an active member of the Junior Chamber of Commerce while running his own accounting practice, first with his stepfather George Schilo, later as sole partner, and finally with his son Stephen. Fluent in three languages, David spent a lifetime learning and pursuing knowledge and understanding, reading his daily newspaper from cover to cover until his final days.

David was an active lifelong member of Our Lady of Victory Church in Troy (serving as head usher for many years) and St. Peter's Armenian Church in Watervliet, contributing at both in many capacities. His commitment to his faith and family, along with his generosity, compassion, sense of humor, and sincere love of people, earned him the respect and friendship of countless friends, community members, and professional acquaintances.

David remarried in 1996, to his one-time schoolmate Gertrude Thompson Magin, who passed away in October 2017.

A wake will be held at Morris-Stebbins-Miner & Sanvidge Funeral Home in Troy from 4 to 7 PM on Sunday, June 13, and funeral services at Our Lady of Victory Church in Troy on Monday, June 14 at 10 AM, followed by interment at St. Mary's Cemetery in Troy.

In lieu of flowers, the family requests donations be made to the American Cancer Society or St. Jude Children's Research Hospital.

Please express on-line Condolences using the tab on this website.

Share Your Memory of
David
Upload Your Memory View All Memories
Be the first to upload a memory!
Share A Memory
Plant a Tree