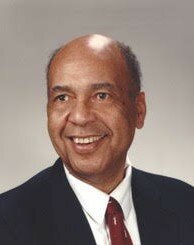 Dr. Twitty Junius Styles, Ph.D., 94, passed surrounded by family and friends on August 19,
2021.
Twitty was born on May 18, 1927, in Five Forks, Virginia, a hamlet of Farmville, Virginia. He
was the eighth child of Peter Lindsey and Bertha Ford.
At the age of 5, he moved to Farmville with his father and siblings. He graduated in 1944 from
the Robert Russa Moton, Jr., High School in Farmville, attended Virginia Union University
(where he was president of his class and was inducted into Alpha Phi Alpha Fraternity, Inc.) and
then later returned to the Moton school to teach science. He remembers that Dorothy Vaughan,
one of the three African American women portrayed in the movie, Hidden Figures, was his high
school mathematics teacher. He then served in the U.S. Army as a microbiologist stationed in
Tokyo, Japan, studying parasitic diseases that were infecting U.S. troops during the Korean War.
After he was honorably discharged, he attended New York University, where his earned his
doctorate in 1963. Twitty and his wife, Dr. Constance Glasgow, came to the Capital District area
in 1964, and ultimately settled in Clifton Park.
For many years, he was an active member of The Boulé (Sigma Pi Phi Fraternity), the Scotia
Rotary Club, the Schenectady New York Torch Club, Alpha Phi Alpha Fraternity, Inc. (in which
he served for 75 years), and Post 1498 of the Veterans of Foreign Wars. He also served for many
years on many boards of local organizations including, Bellevue Woman’s Hospital, WMHT
public radio, Saratoga County United Way, and the Association for the Protection of the
Adirondacks. The Meritorious Service Award at Union College, the New York State Senate
Korean Veterans Award, the Capital District Lifetime Achievement Award, the Capital District
National Pan Hellenic Award, the Jesse Ball DuPont Fellowship, and five medals for military
service are among the many recognitions he received during his life.
Upon his retirement in 1997, Twitty. and former Union College professor Carl George, created
UNITAS, a campus-wide organization whose primary mission is to support and encourage
diversity, acceptance, and a celebration of cultural differences. Today, it is a thriving source of
funding to promote diversity, equity, and inclusion at Union.
Twitty also spent time contributing to many community organizations and civic endeavors,
traveling the world, playing golf, and entertaining the company of old and new friends alike. He
is survived by his loving and supportive family: his wife, Connie, of Clifton Park; his son, Scott,
of Clifton Park; his daughter, Auria, of Oakland, CA; his grandson, Steven; and many beloved
nephews and nieces throughout the country. Twitty was predeceased by sisters, Leora and
Florence, and brothers, Arsenia, Luther, Lloyd, Lawrence, and Calvin.
Calling hours will be held on Thursday, August 26th, and Friday, August 27th, from 4:00pm-
7:00pm at the Shenendehowa United Methodist Church coordinated by the Gordon C. Emerick
Funeral Home. COVID precautions will be in place. Interment will be private. A public
celebration of Twitty’s life will be announced at a later date. In lieu of flowers, donations may be
made to the Twitty J. Styles Scholarship Fund at Union College, Office of Scholarships and Grants, 807 Union Street, Schenectady, NY, 12308.

Share Your Memory of
Twitty
Upload Your Memory View All Memories
Be the first to upload a memory!