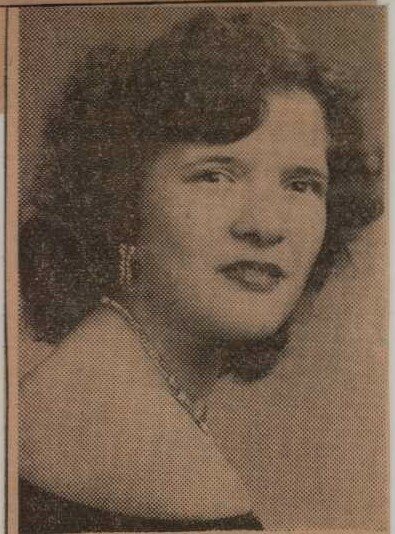 Born in Syracuse, she was the daughter of the late August and Rena (Carnazola) Ecker and the beloved wife of 54 years of William Bernard Durivage, who died on September 11, 2009.

Mrs. Durivage retired from the Leisure Arms Nursing Home in Troy and, prior to raising her children, had been employed by Tiny Town Togs.

A dedicated wife and mother, her main interest was to provide for her family ensuring her children had more than she did. She enjoyed dancing with the Uncle Sam Sparklers and playing bingo, but nothing brought her more joy than spending time with her grandchildren.

Her family called her Lucky Lena because of how good she was at winning contests and games, but deep down her children knew they were the lucky ones for having her as a mother.

Funeral service will be private at the convenience of the family followed by a private committal service at the Gerald B.H. Solomon Saratoga National Cemetery in Schuylerville.

Special thanks to staff who cared for her at the Van Rensseelaer Manor.

Please feel free to express on-line Condolences using that tab on this website.

To send flowers to the family or plant a tree in memory of Lena Durivage, please visit Tribute Store

A Memorial Tree was planted for Lena
We are deeply sorry for your loss ~ the staff at John J. Sanvidge Funeral Home, Inc.
Join in honoring their life - plant a memorial tree
Services for Lena Durivage
There are no events scheduled. You can still show your support by sending flowers directly to the family, or planting a memorial tree in memory of Lena Durivage.
Visit the Tribute Store

Share Your Memory of
Lena
Upload Your Memory View All Memories
Be the first to upload a memory!
Share A Memory
Send Flowers
Plant a Tree