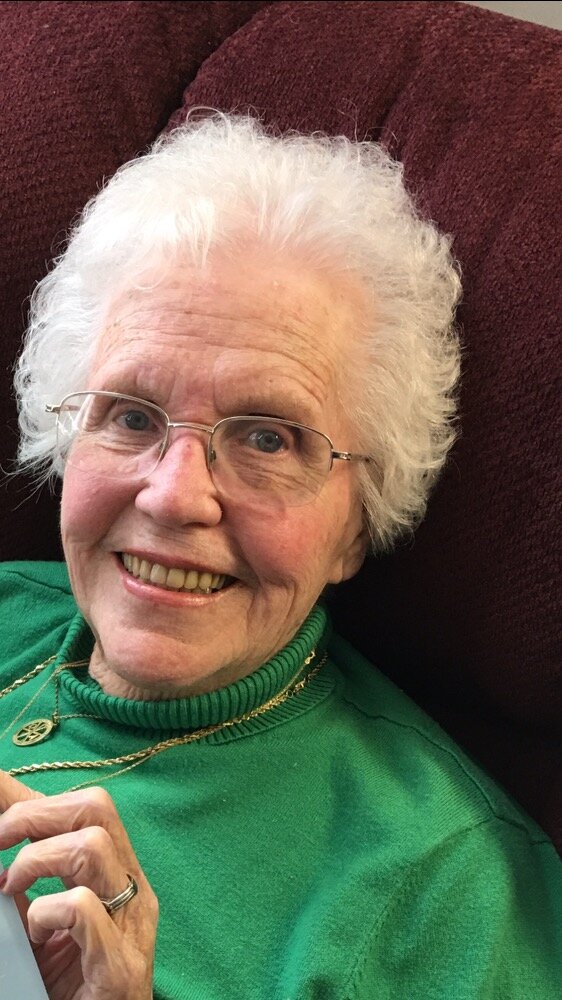 Please share a memory of Joan to include in a keepsake book for family and friends.
View Tribute Book

Joan F. O’Sullivan, 90, of Clifton Park, New York and Long Beach, Long Island, died peacefully on Monday November 22, 2021.  She was born on January 30, 1931 in Long Beach, NY and was the daughter of the late Patrick Joseph and Helen O’Donoghue Bailey.  Joan received her master’s degree from Columbia University Teachers College and completed undergraduate studies at Our Lady of Good Counsel.  She was the beloved wife of the late Joseph P. O’Sullivan who died on April 28, 2009.  Joan was extremely proud of her profession as an elementary teacher. She first taught in the Lido/Long Beach School district for ten years and then stayed at home with her five children for over 20 years. She volunteered as a Girl Scout Leader, Sunday School Teacher with her husband, and with the Restitution Program of Saratoga County. Joan returned to work at age 56 and retired from the Shenendehowa Public School System in Clifton Park after ten more years.  She had been a communicant of St. Edward the Confessor Church in Clifton Park and earlier, St. John the Baptist Church in Schenectady.  Joan influenced family, friends, and students to act in a kind and loving manner. The reach of her goodness here on earth will be her legacy.

The Mass of Christian Burial will be celebrated on Tuesday at 11:00 am at St. Edward the Confessor Church, 569 Clifton Park Center Road, Clifton Park, NY 12065.

Interment will be in the Gerald B.H. Solomon Saratoga National Cemetery, Schuylerville, NY on Tuesday at 1:30 PM

In lieu of flowers, memorial contributions may be made to The Myositis Association, myositis.org/donate or Susan G. Komen Breast Cancer Research, 13770 Noel Road, Suite 801889 Dallas, TX 75380.  The family wishes to extend their gratitude to Schuyler Ridge Residential Healthcare Center, especially the Saratoga Hills care team, the Craig School in Niskayuna, and to Joan’s many friends who have shared their love and support.

To send flowers to the family or plant a tree in memory of Joan O'Sullivan, please visit Tribute Store
Monday
29
November

Share Your Memory of
Joan
Upload Your Memory View All Memories
Be the first to upload a memory!
Share A Memory
Send Flowers
Plant a Tree