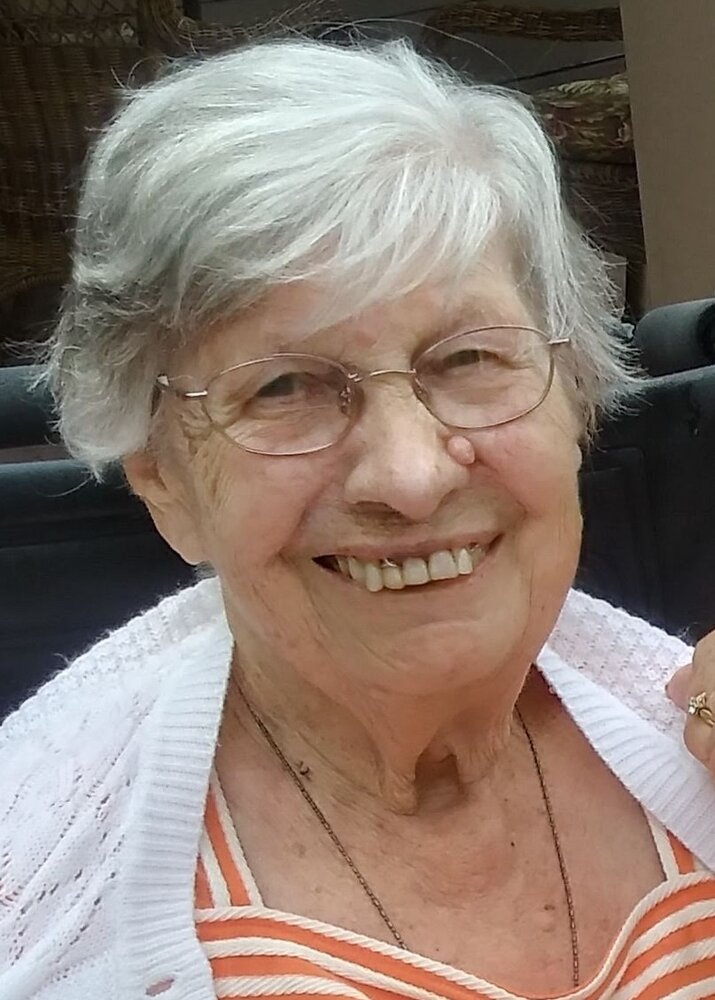 Please share a memory of Carrie R. Wolf to include in a keepsake book for family and friends.
View Tribute Book

Carrie R. Wolf Young “Kay” was born and raised in Babylon NY. After graduating from Babylon HS in 1944, she began her career as a Secretary at the Long Island Park Commission (1944-1953) where she worked under Robert Moses, preparing reports for the parks and parkways being built on Long Island. Kay passed peacefully on Monday, January 10, 2022 surrounded by her family.

She married Robert Young “Bob” on August 11, 1951. They moved to Hauppauge, NY where they raised their 5 children and were happily married until Bob's death in 1998.

Kay participated in various school functions and was Director of the St. Andrew's nursery school. She was also very involved in her church during those years. After retirement Bob and Kay moved to Schaghticoke to retire near their children. Kay became involved with the Rensselaer County Seniors group as well as Faith Lutheran Church, enjoying giving to others. Kay later moved to Beechwood Independent Living Center where she lived happily until July 2021.

Kay leaves behind her loving family, and many friends.

Kay lived a full life with no regrets.

Funeral service will be celebrated on Wednesday at 9:45 a.m. at Faith Lutheran Church, 50 Leversee Rd., Troy, NY 12182 by Pastor Kate Drefke followed by interment at 11:30 a.m. at the Gerald B.H. Solomon Saratoga National Cemetery in Schuylerville.

Please feel free to express on-line Condolences by using that tab on this page.

To send flowers to the family or plant a tree in memory of Carrie R. Wolf Young, please visit Tribute Store
Tuesday
18
January

Share Your Memory of
Carrie R. Wolf
Upload Your Memory View All Memories
Be the first to upload a memory!
Share A Memory
Send Flowers
Plant a Tree