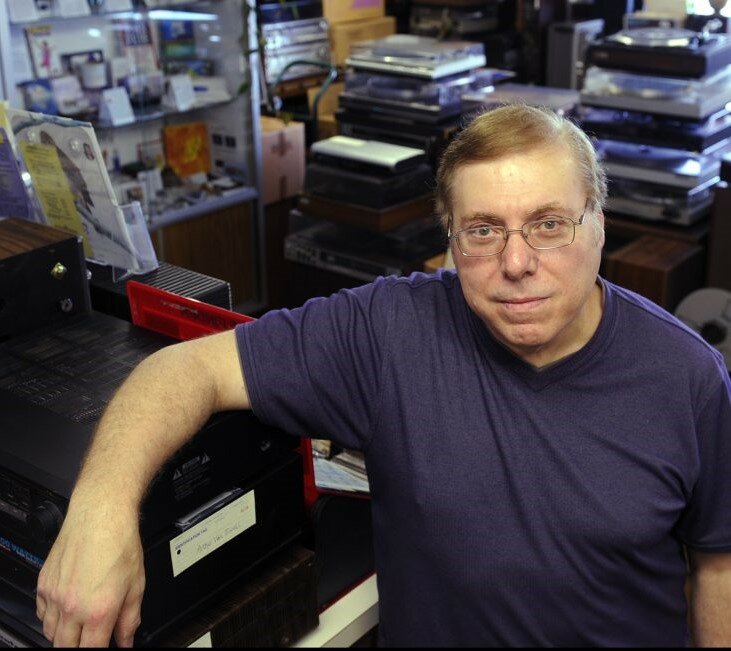 Please share a memory of Ronald to include in a keepsake book for family and friends.
View Tribute Book

He graduated from Colonie High School in 1963 and went on to study courses in electronics at Hudson Valley Community College .

Ronnie had a love and passion for music. He began collecting records as a young boy and then went on to become a talented guitarist performing with many bands, all the way up to his passing. He opened The Stereo Workshop on October 3, 1977.

Ronnie and his shop became a staple of his community, fixing stereos, selling records and making friends. Ronnie was quick with a laugh, and always there to listen.

Loyal to his customers and a rock for his family. Generous, kind, gentle, and wise, he will be missed by the many who knew and loved him.

Ron is survived by his sons, Darren and Jason Alvaro, daughter-in-law, Sara Alvaro, stepchildren, Elizabeth, Paul and David Chojnacki, his grandchildren, Simon and Elyas Alvaro, and brother and sister, Jackie and Janice Alvaro.

A celebration of his life and open sharing of memories will happen in the funeral home from 1 P.M to 3 P.M.

Share Your Memory of
Ronald
Upload Your Memory View All Memories
Be the first to upload a memory!
Share A Memory