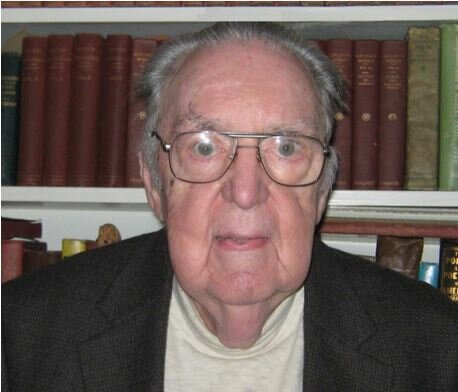 Please share a memory of Henry to include in a keepsake book for family and friends.
View Tribute Book

Henry Robert Bungay III, Emeritus Professor of Biochemical Engineering at Rensselaer Polytechnic Institute, died peacefully at his home in Troy on January 13 at age 94. He was born on January 22, 1928, in Cleveland, Ohio and was raised in Syracuse, NY.

He was predeceased by his sister Elizabeth Jane Bungay Giles and by his devoted wife of 56 years, the former Mary Lou Steele. Surviving him are his children, Margaret Steele, Henry Bungay IV, James Bungay, and grandson David Morey.

Dr. Bungay’s awards included: New York State Regents Scholarship, Cornell Scholarship, Clemson University Faculty Award, and the American Chemical Society James Van Lanen Award and Marvin Johnson Award from the Division of Microbial Biochemistry and Technology. He was once Chairman of that division and also served the society as Counselor and as Tour Speaker to Local Sections for nearly 20 years. He taught and lectured all over the world and served university residencies in Sweden, Portugal, and New Zealand.

His book Energy, the Biomass Option was deemed best technical book by the American Association of Publishers. He was on the editorial board of several journals and Co-editor of Binary, Computers in Microbiology. He authored over 200 technical papers, was single author of five technical books, and co-author or editor of four other books.

Dr. Bungay’s other accomplishments include Life Master status in the American Contract Bridge League, instrument-rated private pilot, four songs with his lyrics on YouTube, and thirty-five books (mostly collections of short stories) self-published at Amazon Kindle. He was a phenomenal poker player, revered in the Capital Region poker circuit as “Old Harry.” He continued to write stories and to read engineering trade publications until a few days before his passing. He will be greatly missed by his family and by his many generations of students who carry on with his work.

Please feel free to offer on-line Condolences by using that tab on this website.

To send flowers to the family or plant a tree in memory of Henry Bungay, III, please visit Tribute Store
Friday
20
January

Share Your Memory of
Henry
Upload Your Memory View All Memories
Be the first to upload a memory!
Share A Memory
Send Flowers
Plant a Tree