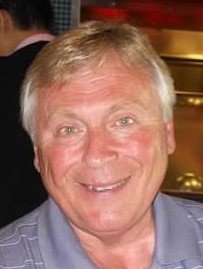 Leo J. Perras, 70 of Sunset Drive died on Thursday Nov. 14, 2019 at Samaritan Hospital in Troy in the loving care of his family.  Leo was born on March 19, 1949 and was the son of the late Leo J and Dorothy A. Pasinella Perras.  He was a graduate of Catholic Central High School, class of 1967.  Leo was a veteran of the Vietnam War, serving honorably from 1967-1971 in three branches, the Navy, Army and Marine Corps.    He had been an engineer for the GE Co. in Schenectady for over 30 years and recently had been working at the Saratoga Race Track in security.  He was a member, past president and safety office for the Speigletown Volunteer Fire Company.  Leo was a member of the Veterans of Lansingburgh and the National American Legion and Veterans of Foreign Wars.  He was a communicant of Transfiguration Church in Speigletown.

Funeral will be held on Tuesday at 10:00 am from Transfiguration Parish Church 50 Hillview Drive Troy, NY 12182 (Speigletown) where the Mass of Christian Burial will be celebrated.

Interment with full military honors will be in the Gerald BH Solomon Saratoga National Cemetery in Schuylerville.

Memorial contributions may be made to the Vietnam Veterans of America, National Veterans Legal Services or to the Military Veterans Advocacy in Leo’s name.

Share Your Memory of
Leo
Upload Your Memory View All Memories
Be the first to upload a memory!
Share A Memory
Send Flowers